"We donate 3% of our profits to charity"

"Repair not Replace is the new name for Phone Paramedics"

Posted at 11:51h in Uncategorized by mark jones
0 Likes 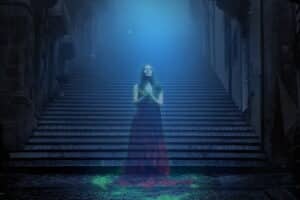 The journey to mobile phone repairs was not a straight one, starting at the theatre in Huddersfield, we have already nearly locked in a christmas fairy and now things were going to take a more spooky turn.

The building that the theatre was in was a converted Methodist Church that had bodies buried in the grounds, a burial pit. The bodies were removed under the cover of darkness it was said, due to worries about spreading the plague fleas. The bodies were removed from the area that is now the Cellar Theatre, and it is here that a few spooky occurrences happened. Outside the Cellar Theatre there was a small corridor and lift, and I never liked going through this area, I never knew why, it was cold and just had an unpleasant feeling about it.

The keys for the lights in the building were on a special rocker key that stops the public from turning them off, me as Duty Manager had one and the only other person in the building with one this evening was the Duty Technician who was in the control room running the show as a show as on in the main theatre. It was my custom if there was no show on in the Cellar to lock the Cellar Theatre up after the interval as I did not like doing it late at night. I went downstairs and went through a locked door into the control room and used my rocker key to turn off the lights, I came out the other side and up in the lift back to the main foyer. About half an hour later on of the Head Stewards asked me if I was going to go down and lock up the Cellar Theatre as usual, I replied that I had done it. They replied that you can’t have as every door is propped open and the lights are on. Bearing in mind that you have to go through a locked door to get to the lights and then use a special rocker key this was odd. I went downstairs with them and the Cellar Theatre was very cold and every heavy door was open and staying open and the lights on, the door to the control room were the lights were, was locked. I radioed the Duty Technician but he was busy with the main house show and others said he had not left the main house control room for the show and I was the only other person with a key to get to the Cellar theatre lights and a rocker key. It was the first of a few spooky encounters.

The next encounter involved a volunteer. There was a teenagers disco happening in the Cellar theatre and this steward had agreed to stand in the corridor with the sweets and drinks, as the bar was being used for draught soft drinks. With the doors closed, it is not always easy to know when the event has finished and this is what happened. The event finished and the cellar lights were turned off and everyone left the Cellar Theatre, the lights in the corridors do not go out on this switch, so the steward had no idea the event had finished and she was all alone in the corridor. From just past the lift she noticed a white mist on the floor that came rolling towards her and then the mist reared up and fell down again, it was approaching her, so she ran to the lift and pressed the button and got in the lift and went up. She could not explain what she saw or why all of a sudden there was white mist rolling across the floor. This white mist rolling and rearing up was seen in other parts of the building but mostly around the Cellar Theatre.

The lift that went down to the Cellar Theatre used a key to stop members of the public accessing the building, you had to turn the key to that floor and then you would go down. There were many times you would get into the lift and before pressing anything the lift would take you down to the Cellar Theatre floor, without the key being in the lift and open at that corridor. The number of times we had the lift engineers out and they found nothing wrong. Even they said it cannot be anything normal. The lift cannot go to that floor normally without the key being in and turned and could not go anywhere on other floors unless you pressed a button in the lift, but it would take you to that corridor frequently.

Next chapter – Moving to Northampton.