What is the most reliable mobile phone?

15 Feb What is the most reliable mobile phone?

Posted at 14:20h in Uncategorized by m jones
1 Like

We are often asked what is the most reliable mobile phone? Or what mobile phone goes wrong the least? Which mobile phone should I buy? So over the last few months we have been tracking enquirers into Repair Not Replace as well as our repairs and warranty issues and this is what we found.

In last place was Huawei, both the mobile phones and tablets seems to have issue that need replacing. The parts can be very expensive to get depsite many of these phones being at the lower end of the price bracket and the quality of the parts in our opinion is not always good.

We tend to see many people asking about Sony phones, especially ones where the phone has just died. You would expect this to be a battery fault, but many times it is caused by a fault on the logic board. Why Sony phones just die and have problems on the logic board we cannot say, other than maybe it is the quality of the parts used to build the phone.

We see many of these phones where the screen just dies, and it has not been dropped. The screens for these phones are quite expensive and difficult to fit, so many people will not fit them, we do offer the service.

The S range is more reliable than the A range in our opinion. These are great phones but the screens are very expensive to replace and you should only ever put on a genuine Samsung screen as they are sensitive to any difference in voltage. With Samsung screens many parts are soldered to the screen, so you are not just changing your screen, but many other parts to, this is why it is expensive for the screens.

Apple iphones are more expensive to buy upfront, but once you have made the investment they tend to last longer and be cheaper to repair. We are still repairing iphones that are 8 years old and all they need is a new battery. The screens are a fraction of the cost of a Samsung screen. You may get 2-3 years out of a Samsung phone but an iphone we are seeing last over double that. 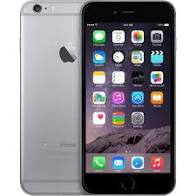